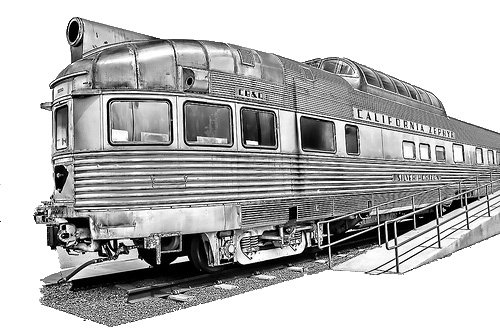 “Silver Horizon” CB&Q 375 one of seven rear sleeper-observation cars used on the California Zephyr trains that ran between Chicago, IL and San Francisco, CA later use as Amtrak 9250 on Texas Chief from Chicago to Texas and on the Sunset Limited from New Orleans LA to Los Angeles CA – through Phoenix AZ

1986 to 1998 The Silver Horizon had several private owners

The Maricopa Historical Society will create within the Silver Horizon a community focused center with historical displays, dioramas and a research library.

Where to Go Today?